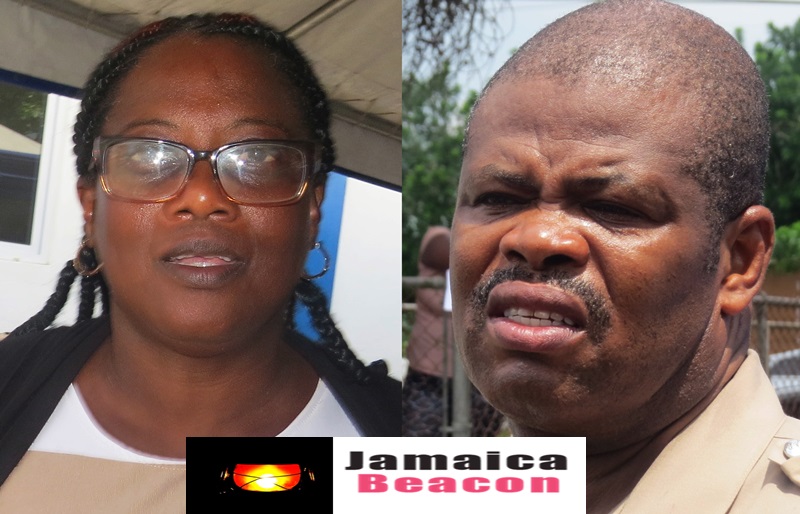 A number of Lluidas Vale residents approached The Beacon during the official opening of the police station last week Friday, August 9, to express dissatisfaction with the transfer.

They said they want Corporal Vassell to remain in their community, adding that her community policing attributes are inimitable.

The residents added that Corporal Vassell recently went as far as to spearhead a successful fundraising effort to bury a poverty-stricken male resident.

“Miss Vassell is a nice police. Up to the other day, wi have a dead and a she help bury him. Di man weh a fight against her, mi feel like is bad mind him a use fight against the lady,” said John Williams, a resident.

Another resident, Wesley Thomas, told The Beacon: “Miss Vassell is not supposed to leave this station [in Lluidas Vale]; she can stay right here and get promotion. In the history of the Jamaica Constabulary Force and police coming here, Miss Vassell is the only police who come here and bury a dead.

Corporal Vassell, whose transfer to another station within the area took effect a few days ago, declined to comment on the matter, citing Jamaica Constabulary Force media policies.

Meanwhile, SSP Ferguson, who is currently in charge of Lluidas Vale and other parts of St Catherine North Police Division, noted that the transfer of officers is normal.

“Transfers are done to fill vacancies. It’s the normal run of the mill – the course of action,” he explained. “I have been transferred and I have no issues; it is one of those things.”

SSP Ferguson added that the police officer who has been transferred does not seem to have an issue with the move.

“What I can tell you from my standpoint is that it is not done in any malicious way – contrary to what you might have heard. I have spoken to the member involved and she has no issues,” he further told The Beacon.

SSP Ferguson noted that, Corporal Vassell, subsequent to being transferred, returned to Lluidas Vale to assist with having the Shady Grove Police Station prepared for its official opening on August 9.

Corporal Vassell, at one point, headed the Shady Grove Police Station – becoming the first woman to have attained such feat.

She was eventually removed from the leadership position last year, and the post was filled by an officer of a more senior rank – Sergeant Oliver Johnson.

LLUIDAS VALE: Playing field in Tydixon to be completed this year