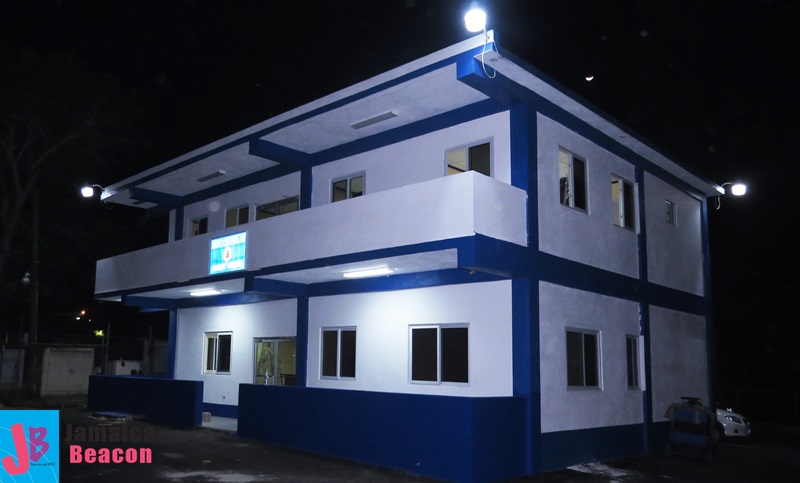 Political battle-lines are being drawn over whether it is the People’s National Party (PNP) or the Jamaica Labour Party (JLP) that is responsible for rebuilding Shady Grove Police Station in Lluidas Vale, St Catherine North West.

JLP candidate for the constituency Newton Amos, in an exclusive interview with The Beacon, said the two PNP representatives in the area should be ashamed to associate themselves with the building.

He further stated that those PNP representatives – Member of Parliament Robert ‘Bobby’ Pickersgill and Councillor for Lluidas Vale Division Hugh Graham – did nothing to address the deplorable condition under which police officers were living in the old station that has been demolished and replaced.

Amos said it was he who, during the 2016 general election campaign, brought then Opposition leader Andrew Holness to the station to show him the condition there.

“Mr Holness said to the policemen ‘I apologize to you for the condition under which we have allowed you to operate; when I become Prime Minister, I will build you a new station’. The new station is now built; the prime minister gave instructions for that station to be built,” Amos told The Beacon.

He further commented: “The audacity and the hypocrisy of Bobby Pickersgill and Hugh Graham; they were the first persons up there [in Lluidas Vale] saying the station is being built. These are two hypocrites who have no locus standi in terms of leadership and representation… The only reason they are doing it they claim is that, in law, they are the member of parliament and the councillor, but true representation should have removed them from even driving past that police station.”

Meanwhile, Graham, in an interview with The Beacon months ago, indicated that the new station was built as a result of representation he made along with Pickersgill.

“We agitated for that [new station] years from Peter Bunting was the minister of security. We took him up there to look at it; took pictures send to them; begged them to come and look at it and say ‘boss yuh have to put this pon di budget; the police cannot live in this condition’,” Graham said.

In the meantime, George Qualo, when he was Deputy Commissioner of Police, was the first to publicly disclose that Shady Grove Police Station was among six new stations slated to be constructed. He, at the time, was speaking at the opening of the refurbished Negril Police Station in Westmoreland on 2 February 2016. At that time, Peter Bunting of the PNP was Minister of National Security.

The general election took place weeks later, on 25 February 2016, and the PNP was voted out of office.

The Jamaica Constabulary Force commenced construction of the new station under the current JLP government.

POINT HILL: School being repaired after teachers threaten to protest