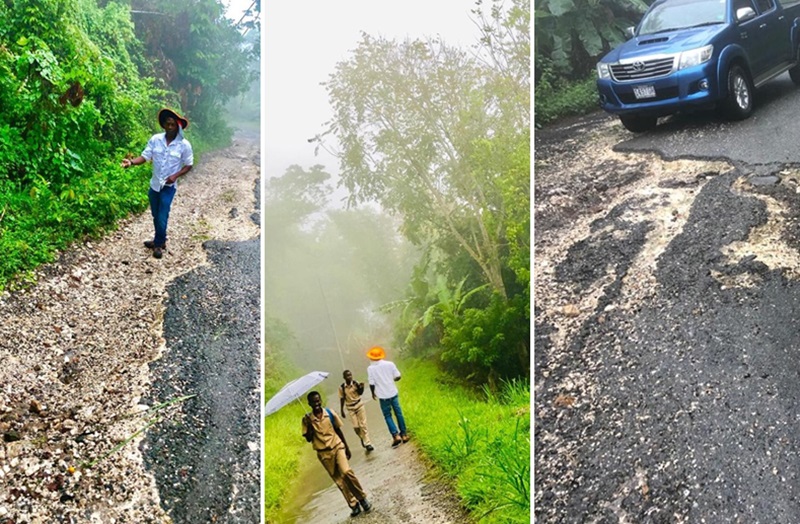 The councillor for Lluidas Vale Division in St Catherine, Hugh Graham, has admitted that the road from Pennington district to Juan de-Bolas is in a state of disrepair, adding that work may also be done on that stretch of roadway.

When he spoke with The Beacon earlier this month, Graham definitively said no funds were available to repair Juan de-Bolas road. He also did not list it among the roads scheduled for minor repairs.

However, following a tour of the area last week, Graham now disclosed: “I toured the road from Pennington to Juan de-Bolas. It is in disrepair and I will definitely make my best effort to do some repair work on it – even if resources only allow for the worst parts to be fixed.”

Residents of Juan de-Bolas, for years, have been complaining about the bad road in their community. However, their concerns heightened after a male resident apparently lost his footing on the roadway, fell and died on September 5.

The roadway is also used by a number of students attending Juan de-Bolas Primary School.

Meanwhile, Graham, this month, promised to undertake even minor repairs on the road from Lluidas Vale to Pennington district.

Here are some photos captured by the councillor’s team during a tour of the road from Pennington to Juan de-Bolas district: