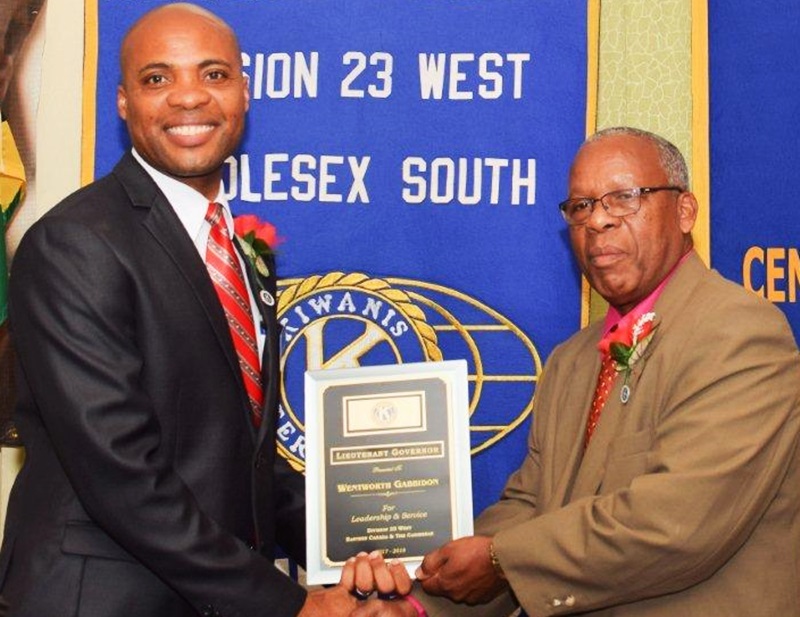 Collington Powell has won the admiration of many who initially doubted his ability to handle huge tasks, including leadership of a netball team, of schools in inner-city and rural communities, and of three parishes under the internationally renowned Kiwanis Club.

“I don’t want to be remembered as the person who was average,” the 44-year-old school principal declared. “I want to be seen as a person who always strives for more.”

Powell, who lives at Spanish Town in St Catherine, grew up elsewhere in the parish – Commodore in Linstead.

He told The Beacon that his initial goal was to become an architect partly because his father, Fitz Albert Powell, was involved heavily in the construction industry.

Fate, however, steered him elsewhere.

Powell did stints as a pre-trained teacher at Linstead All Age School and St Jago High.

“While at St Jago, some teachers insisted that I had to go to college because, in their view, I was doing well,” said the past-student of Rosemount All Age and St Jago High.

His baptism in school leadership happened when he was appointed Principal at Mount Rosser Primary and Infant School in rural St Catherine. Powell, in 2012, went on to become principal of a much bigger school – Friendship Primary, which is located in the tough inner-city community of Fairfield Road, Spanish Town.

“I have moved that school (Friendship Primary) from one place to another level through team support…” Powell told The Beacon, adding: “I tell people the school only has one principal and so I don’t need to hog the position.”

Meanwhile, Powell, though immersed in school management, finds time to give back to society through volunteerism. “I try to find avenues where I can contribute anything towards nation building, believing that I can play a part in improving the world – one child, one community at a time,” he asserted.

Powell has given back through groups such as the 4-H Club and the Jamaica Teachers Association. He also managed the Job Lane United netball team out of Spanish Town.

The Kiwanis Club promoted him to the post of Lieutenant Governor two months ago, and placed him in charge of its Division 23 West, covering the parishes of St Catherine, Clarendon and Manchester.

Powell stated that, during his one-year tenure as Lieutenant Governor, he intends to help transform the island’s early childhood landscape.

“One of the main plans is to ensure that, at the end of the year, we help three early childhood institutions to attain Early Childhood Commission certification standards,” he said. Powell noted that improvement work already has been done at one of the institutions – Westchester Belony Basic School in Portmore, St Catherine.

Powell further stated that, at the end of his contribution to society and to humanity, he wants to be remembered as a man who was bold enough to step outside his comfort zone.

“I want to be remembered as a person who took on things that were totally outside of his comfort zone – a person who pushed himself to the limit to accomplish a few things,” said the educator, whose mother’s name is Ruby Powell.

He is married to Shernette Powell, principal at Point Hill Leased Primary School in St Catherine. They have two sons.

Here are some photos from the recent ceremony held to install Collington Powell as Lieutenant Governor in the Kiwanis Club:

Body not yet removed from ‘very deep’ pit

Child dies – Parents locked up for bruises and swelling on body