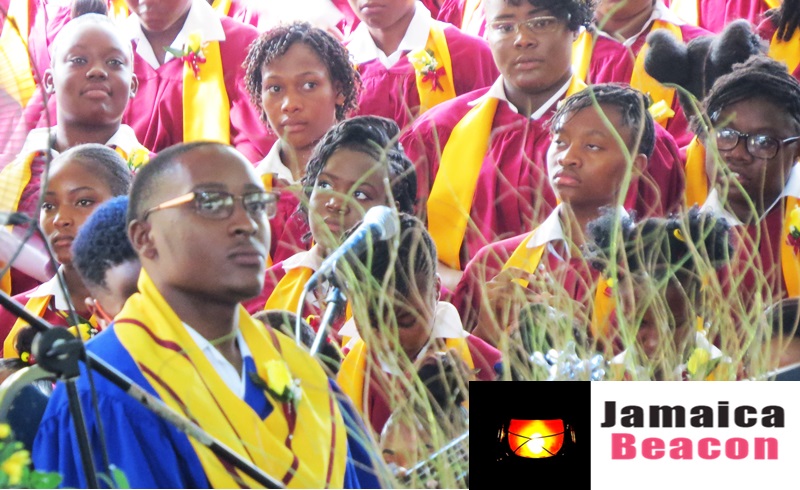 Nearly 200 graduates of Dinthill Technical High School in Linstead, St Catherine, were yesterday challenged to, among other things, play their part in the fight against corruption that has become rampant in many sectors of society.

The theme for the event – Standing Firm With Integrity, Pursuing Excellence – resonated throughout the presentation in which Lawes lamented that too many people, including politicians and police, are sacrificing their souls on the altar of corruption.

“I am going to encourage you class of 2019, do not join the ranks of those who add to the problem of corruption in our nation and in our world…” Lawes said. “I want you to help people to be more respectful in the way they live.”

A similar challenge was thrown out by Monica White, Acting Principal of Dinthill Technical High.

“Allow integrity and uprightness to be the guiding principle by which you live,” she advised while giving a comprehensive description of both the highs and lows that the school experienced throughout the academic year.

The graduates, in the meantime, promised to always strive for greatness. “I am certain that we will not succumb to life’s pressure,” declared Alrick Powell, who, along with Jonnell Archer, delivered the valedictory addresses. Cheyanne Reynolds and Neshae Johnson spoke on behalf of the sixth form batch.

A number of graduates also received special awards in various areas, including academics.