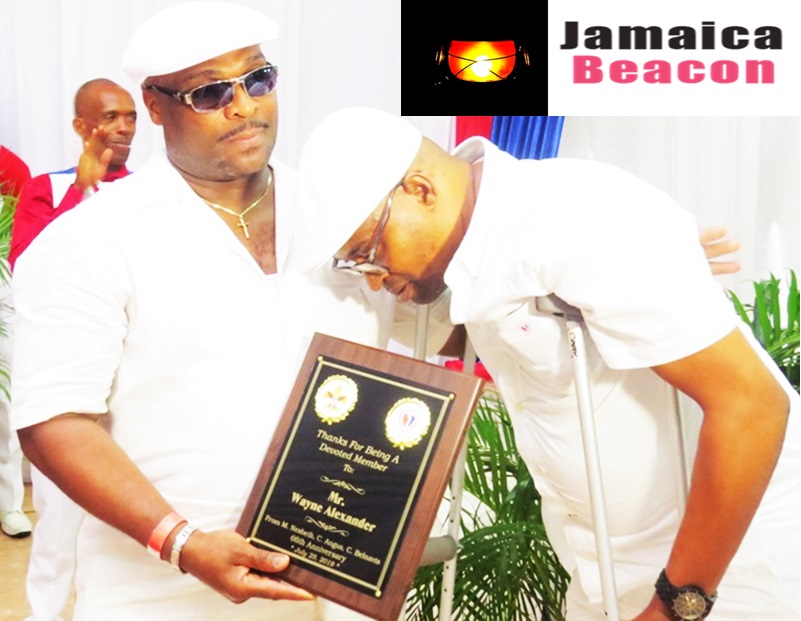 The indomitable George Washington Marching Band, which hails from Linstead in St Catherine, has attained a feat that is uncommon among groups steeped in music and volunteerism.

On the eve of that milestone, a celebration pulled scores of people from diverse walks of life into Fennel’s Place, Linstead.

Guests basked in an evening of captivating music, scrumptious meals, social conversations, distribution of awards, and diverse speeches that extolled the band.

Member of Parliament Denise Daley, who was guest speaker, lauded the George Washington Marching Band for staying the relatively long course of success.

Declaring that she too is a former member of the band, Daley appealed especially for current members to never stoop low or hold on to habits that are detrimental to progress.

“This kind of training that you are getting [in the band] is so precious – so priceless that you don’t want anything at all to get in its way so that you will not be able to pass it on from generation to generation,” Daley advised.

Her colleague, Herbert Garriques, who is Councillor for Linstead Division, noted that the band’s purpose trumps dollars and cents.

“Not many groups, not many organizations, not many settings live six years much more 66 years – and especially when it’s not a group that is in there for money. This group is not making money, I am certain of that,” Garriques told the gathering.

The band has been surviving financially mainly based on the generosity of organizations and residents such as Peter McConnel from Tru Juice, and Telbert Roberts from Roberts Funeral Home.

Roberts, during the anniversary event, said he has been assisting the group for some 23 years.

“I work with them; I try to help them because the band is helping youngsters. Over the years, we have seen them grow from strength to strength,” he declared, adding that the band is always in need of especially instrument and uniform because of its make-up.

Meanwhile, the band, since 2002, has been based at Linstead Primary and Junior High School, where Roberts serves as board chairman.

The school’s principal, Gloria Johnson, noted that the band does not only serve the Linstead area; it serves all 14 parishes.

“I am happy to know that, after 66 years, the George Washington Marching Band is looking very good. I want to look this good when I hit that number 66,” Johnson said.

Leader of the band, Captain Linval Tennant, during the anniversary event, expressed gratitude for the decades of support extended to the band that comprises mainly young people.

We don’t get salaries | Linstead band serving from before Independence

LLUIDAS VALE: Man hospitalized after being shot in Top Hill

Tears for retiring teacher, hailed as a refuge for slow learners