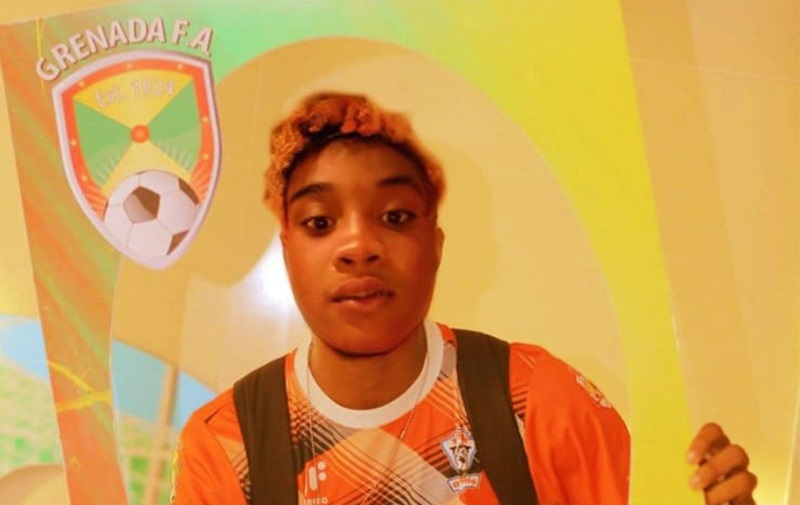 Born to a 13-year-old Spanish Town mother 24 years ago, Nigel Fleary, who survived the 2010 Tredegar Park massacre in St Catherine, feels cheated by his native Jamaica.

He has not been allowed to play for the national football squad here, and so he relocated in January last year to Grenada, where he is trying to win a spot on that island’s national team.

“The transition to Grenada wasn’t a hard one, but I had so much confidence and faith in Jamaica because that is where I was born,” the football enthusiast told The Beacon.

Painting a picture of his status quo, Fleary noted that the Grenada Football Association has three drafts of players, and he is on the second draft.

He is working assiduously to make the first draft to represent Grenada in major leagues. “I play on the national team in minor events,” he said, adding that his father Raymond Fleary is Grenadian.

Fleary, who is on a two-year contract with the Grenada Football Association, is optimistic that the agreement will be extended.

“After the first three months here in Grenada, I started feeling good. Things started to go in the direction I have always been dreaming of… I feel that, if I continue at the pace I am at, I shouldn’t have a problem here,” Fleary said.

He further posited that the benefits he is now reaping in Grenada are better, compared to Jamaica. He thinks the coaching staff in Grenada is also more lenient.

Asked if he still wants to play for Jamaica, the footballer replied: “If I should return to Jamaica, it would have to be a request from a team there. I am not just gonna leave Grenada and go.”

Fleary, who developed a penchant for football when he was a teenager, said he is a former member of the Kingston-based Arnett Gardens Football Club, which plays in the National Premier League. He however left that Club, thinking that he was spending too much time on the bench – too little time matching skills with the big boys engaged in hot clashes.

Fleary, who does not intend to give up his football dreams, noted that major struggles are not unusual for him.

He has vivid memories of growing up with his mother, Debbie Samuels Mair, in a poverty-stricken household in the tough Tredegar Park area of Spanish Town, St Catherine. Fleary also recalls being spared when groups of marauding gunmen invaded his community, slaughtering people. They killed eight residents – including children – on one occasion in 2010.

While stating that the lack of opportunities, and the shortage of positive role models have pushed many inner-city youths into crime, Fleary urged young people – especially in his community – to remain positive and make the best use of their talents.

The Jamaican, who attended the prestigious Calabar High School, said he graduated from that institution with eight CXC subjects. Since then, he has dedicated most of his time to football.

LLUIDAS VALE: Residents urged to get permits for nine nights