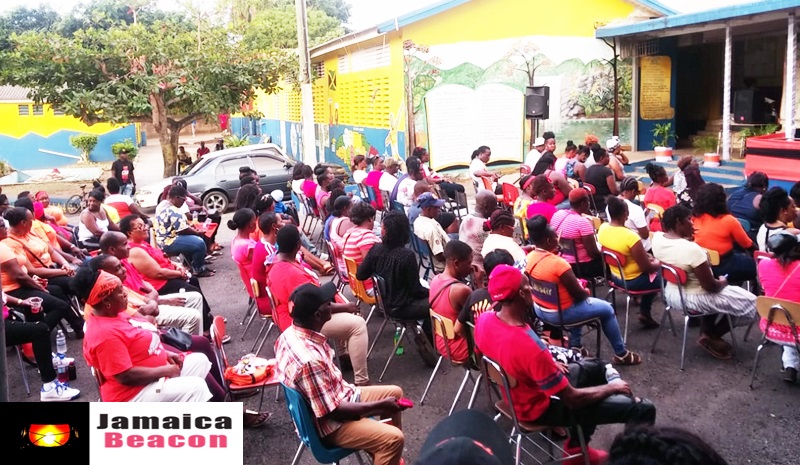 Peter Bunting was a no-show at the Croft’s Hill Divisional Conference in Clarendon last evening, July 28, but his bid to unseat the current president of the People’s National Party (PNP) attracted a fundamental public declaration at the event.

Deputy Chairman of the PNP, Horace Dalley, in whose constituency the political meeting was held, declared that he is ‘happy’ with the presidential challenge, adding that it has given the political organization new energy. He stated that, based on the party’s constitution, nothing is wrong with the move.

Dalley, however, did not outrightly declare whether he is supporting Bunting or Dr Peter Phillips.

He told PNP supporters: “I don’t feel any way about the challenge from comrade Bunting of comrade leader Peter Phillips. One thing I can tell you is that the challenge has energized the PNP. Everywhere yuh turn, yuh hear people a talk bout PNP… I am happy for the challenge.

“Anybody can be challenged… Nothing is wrong with the challenge, and I don’t want any comrade to feel that anybody breaking the constitution because they challenge,” Dalley further said.

He noted that, after the September 7 internal election, the PNP must stand united around one leader to get rid of what he described as the corrupt Jamaica Labour Party government.

A number of PNP supporters at the conference, in the meantime, expressed disappointment that Bunting, along with the top members of his campaign team, did not show up. Bunting was scheduled to be the main speaker.

Jamaican fraudsters busted in the UK