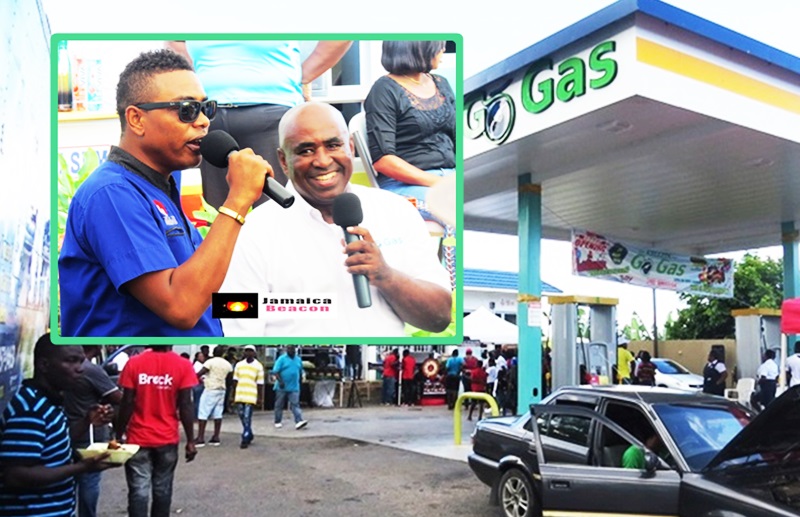 It happened on a Saturday – the largest business day in the relatively small town of Kellits, Clarendon.

Dowen Virgo threw up a big party to officially open his Go Gas business, which has been operating since 24 December 2017. The name of the business reflects the last syllable in its owner’s surname.

Virgo told The Beacon that the gas station and convenience store have transformed Kellits, which is surrounded by several farming communities.

“We have pretty much changed the landscape of Kellits. We provide 24 hours service and, in talking with some of the farmers, they tell me that, for them to go to Kingston early, they load at 4 o’clock. So it provides the convenience. With the ABM, they used to have to go to Linstead; they don’t need to do that anymore,” said the businessman who originally is from Wait-a-Bit in Trelawny.

In addition to the service station at Kellits, Virgo has another that is located in Albert Town, Trelawny. He is also on the verge of opening a gas station in the Trelawny capital – Falmouth.

“Go Gas is our brand. We started here in Kellits; we have a branch in Albert Town; and soon we are gonna be in Falmouth. It is our brand; it is a 100 percent Jamaican brand,” Virgo said.

He told The Beacon that Kellits is ripe for investment, especially considering the high quality of the labour force in the area.

He said nearly 20 people are also employed at the Kellits location, adding that a number of them are high school graduates working to save enough money to further their education.

Virgo said the response to his Kellits operation so far has been positive. “The community is very responsive; we are a community people; we build communities,” he declared.

Meanwhile, during the official opening of Go Gas on August 31, a number of residents showed up for the giveaways and the music that blared partly from Stone Love sound system. Mello FM’s Ron Muschette also did a live broadcast from the event.

Here are some of the moments captured on camera:

2 children left fatherless | Linstead family devastated by killing in US