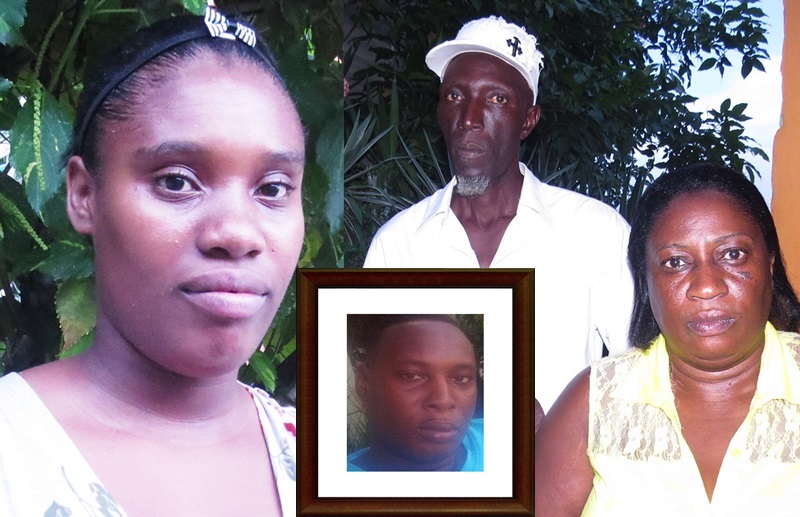 Residents of St John district in Clarendon Northern have expressed shock and disbelief that a promising youngster who relocated from their village to work in the capital city of Kingston is likely to return home in a casket.

Damar Gray, a 25-year-old electrician who is also called Bird, died while working at the Jamaica Conference Centre in downtown Kingston on Friday morning, June 14.

There are reports that he was electrocuted; other reports said he fell from a ladder. An autopsy, however, is expected to confirm the specific cause of death.

When The Beacon yesterday visited Gray’s old community of St John – located at the border of St Catherine and Clarendon, the bereaved relatives in Kingston had not yet seen the body.

“Until somebody see the body, mi can’t believe Bird dead,” declared Marlene Smith, who lives beside the house where the late Gray was raised by his grandmother, Icilda Wallace.

She said Gray was in the community late last month while she was burying her father, Vincent Smith. He came early for the nine night and stayed for the burial.

“He was a good young man – not even start to live his life yet, because he don’t get any kids as yet. He was full of ambition,” Marlene declared. “He was happy for people; him nuh badmind; him want everybody to be happy.”

Marlene, like everyone else who spoke with The Beacon, stated that Gray was respectful to all, and was supportive of all uplifting events in the community.

“King Bird was a good youth; the man full a manners,” he opined. “Mi wouldn’t mind if tomorrow dem seh Bird nuh dead again. It would be a great joy for me.”

Meanwhile, Martin Pantry, a youngster from St John, stated that Gray called him a brother.

“He was a humble and hardworking youth – a very ambitious youth,” Pantry added. “He showed a lot of respect to his elders and is always jovial among his peers.”

Nordia Ricketts-Gordon, in the meantime, could not have asked for a better brother-in-law than the late Gray.

“There is nothing bad we can say about him; he is a good brother-in-law,” she told The Beacon, adding: “When I heard that he died, I felt so shocked. I cried.”

Gray, in the meantime, is a past student of Croft’s Hill Primary School and Kellits High in Clarendon, as well as the HEART training institute in Lluidas Vale, St Catherine.

Jamaica announces period of mourning from June 19 to 22

Security supervisor, other man to spend years in prison for cocaine