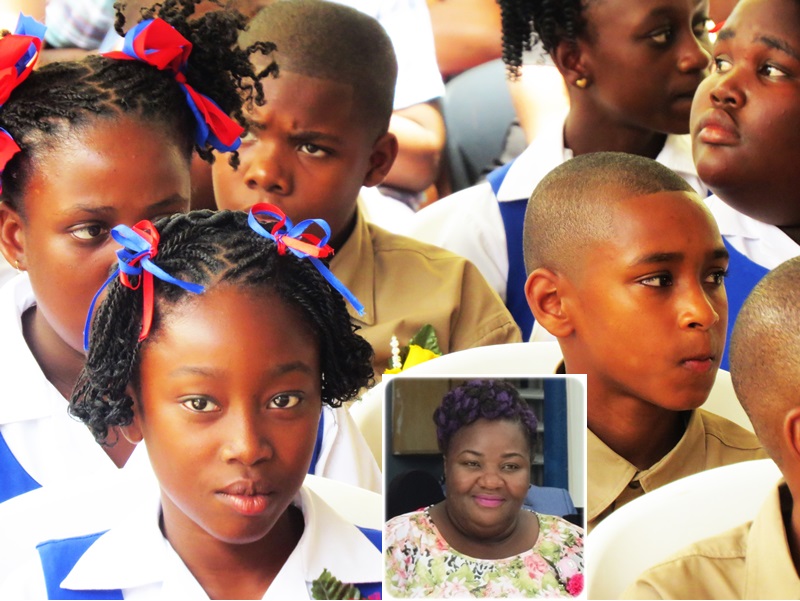 The just over 100 students who graduated from Kellits Primary School in Clarendon are being told that they can bloom regardless of the schools where they have been placed.

Guest Speaker at the graduation, Natoiya Aiken-Taylor, sounded the advice on July 2 amid a raging debate over the placement of students in secondary schools following the release of Primary Exit Profile (PEP) results.

“It is not about the school that they go. Some parents would prefer if their children go to Clarendon College or wherever. But the schools where they have been placed, they can stay there and bloom. Stay in your lane,” Aiken-Taylor said during a post-presentation interview with The Beacon.

She also urged the graduates to never quit despite the setbacks they will face.

Aiken-Taylor made reference to the legendary Usain Bolt, who did not quit athletics after a false start disqualified him from the 100M at the World Championships in 2011.

“If we just get disqualified once and we give up, it wouldn’t have made any sense to even start,” added Aiken-Taylor, a former teacher and police officer, who now works as an administrative assistant to a pastor.

The management of Kellits Primary School, in the meantime, stated that it expects the graduates to stay above the fray and perform well academically at the schools they will attend in September.

According to Vice-Principal, Carren Brown-Walters, the students recently did exceptionally well in the inaugural PEP exams.

“Our students did exceptionally well. Over 80 percent of them were placed in schools of their choice. Although PEP was new to the students and they were filled with anxiety, they conquered,” she told The Beacon.

She further stated that a total of 105 students did PEP at the educational institution and were placed in the following secondary schools:

The school’s top performing boy, Tajoneil Andrews, is also Head Boy at the institution. He was ‘Proficient’ in all subject areas and will attend Kellits High School, which the principal said was Tajoneil’s first choice.

Tajoneil, whose performance could have secured a place for him at a traditional high school, told The Beacon that he is raring to start attending Kellits High, which is a non-traditional secondary school.

“I am excited [about my performance]. At first, I was surprised. I am very happy now,” the aspiring scientist further said. “I went [into the exams feeling] prepared. I said, if I don’t believe in myself, I will not accomplish anything. So, I tried to believe in myself.”

Meanwhile, several students, including the top performing male and female in PEP, received awards during the graduation ceremony held at the school.