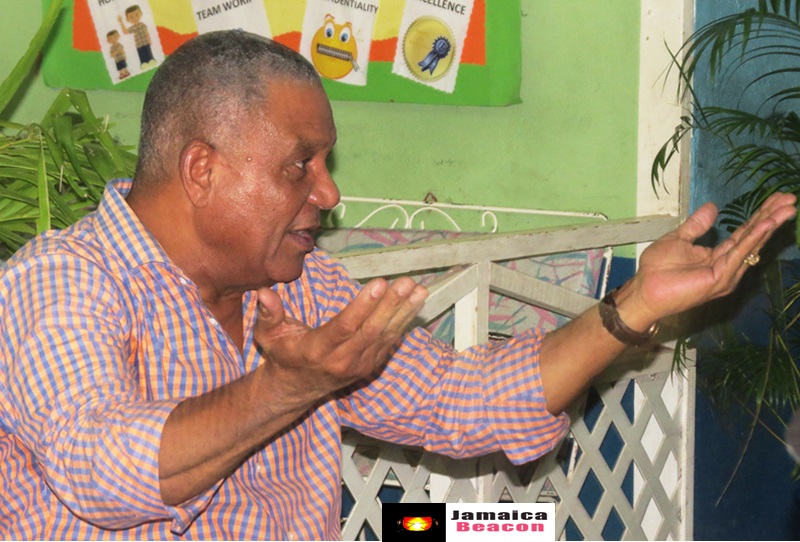 Member of Parliament for Clarendon Northern, Horace Dalley, said the recent heavy rainfall has caused widespread damage to roadways throughout his constituency, adding that repairs will cost at least $100 million.

“Our constituency is the worst hit…” he claimed. “I will need at least $100 million to clean up and patch out back the roads in my constituency – a minimum. First of all, the government won’t be giving that [amount of money] to me, but I hope they will do it.”

Dalley explained that, on an annual basis, each parliamentarian has $16 million to spend on the various activities in each constituency, adding that the amount is not enough to undertake the various road projects.

“We get $20 million for the CDF (Constituency Development Fund). Between the CDF officer and all the charges and fees that NWA takes out, SDC takes out, local government takes out, [and] parish council takes out, you get in fact about 16-point-something million to spend,” the parliamentarian said.

He further stated that, of the total amount left at his disposal, he spends $7 million annually on back-to-school, and $4 million on a youth programme he hosts annually in his constituency.

NWA Should Do More

Dalley stated that, because he doesn’t have enough funds to spend on infrastructure, he relies on the National Works Agency (NWA) to intervene if that agency considers it necessary to do so.

He disclosed that, since the heavy rainfall, he has approached the state-owned agency for help. “I spoke with the NWA people. They said, after the supplementary estimates is approved on Tuesday [next week], bearing the weather condition in mind, they will start doing some cleaning up and repairs,” the lawmaker further said.

Dalley, in the meantime, said the Clarendon Northern roads worst affected by the heavy rainfall include:

Worst Of The Worst – Crawle River

Dalley further stated that Crawle River road is the worst of the worst.

“I could hardly make it through there,” he said, noting that he drove on the said roadway yesterday, October 3, while heading to a community meeting in Arthur Seat.

Dalley however hinted that minor works are likely to be done on the roadway. “You need a front end loader now to clean up the road and drop some sand in the big hole dem, but you will never get it asphalt unless Peter Phillips is the Prime Minister of Jamaica – who is mi friend.”

The parliamentarian, in the meantime, appealed for Government to fast-track the procurement process in relation to Carty Hill Road in the James Hill area of Clarendon Northern.

“The contract that is out for tender is for Carty Hill, and I have asked the government to fast-track the procurement and do it as an emergency contract, and they said that they will consider it,” he said, adding that a few more roads in his constituency deserve similar treatment.

In relation to the San San to Arthur Seat road, Dalley admitted that is in a deplorable condition.

He, during the community meeting in Arthur Seat last evening, promised to repair the section of the roadway downhill to Arthur Seat Bridge.

Dalley also appealed for the speedy repair of roadways leading to four schools in his constituency.

Fight for the mindset | Looking behind numbers at Lluidas Vale Primary

DNA confirms baby stolen from hospital in Kingston is found