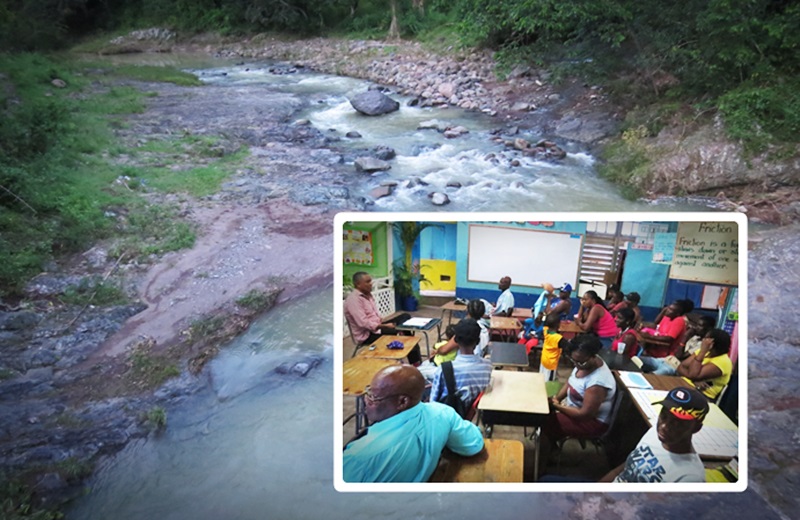 Residents of the rural Arthur Seat district in Clarendon Northern said they are not pleased that garbage improperly disposal of is regularly ending up in a river on which they heavily depend for water.

During a community meeting at Arthur Seat Primary School last evening, October 3, the residents lamented that no garbage truck has been coming into their community.

Their community, they further complained, is being used as a garbage disposal site by some of their neighbours in Croft’s Hill district.

The residents of Arthur Seat told their Member of Parliament, Horace Dalley, that they want an end to the illegal dumping.

Dalley, in response, promised to raise the issue with residents of Croft’s Hill whenever he next meets with them.

He also expressed surprise that the garbage truck, which should be serving the general area, has not been making weekly trips to Arthur Seat.

PHOTO OF THE DAY: Cop awarded for service in Browns Hall