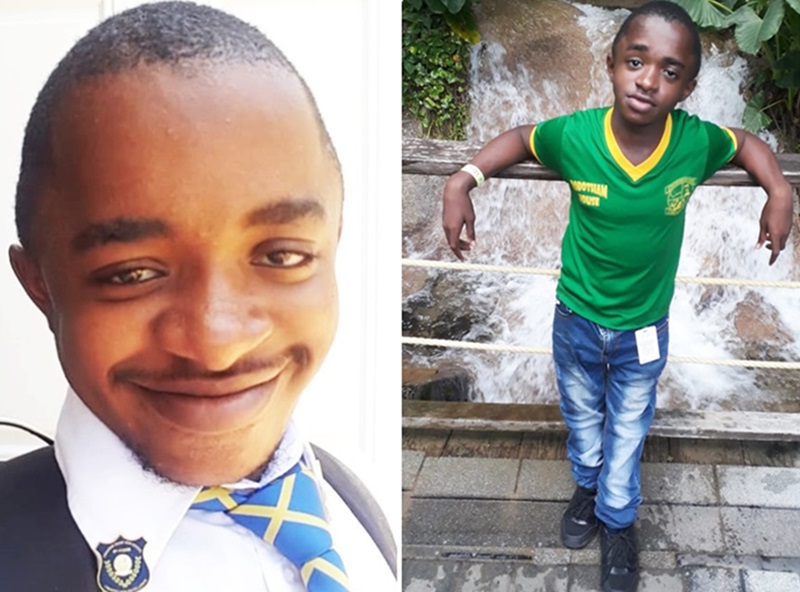 He is an aspiring chartered accountant and graphic artist, who is now a sixth former at his beloved Jonathan Grant High School.

Orville, a past student of Eltham Park Primary, has a genetic condition known as osteogenesis imperfecta (brittle bone disease). It has caused him much pain and discomfort.

Orville, however, defied all odds to end fifth form with a bang.

He attained 4 Grade Ones in CSEC subjects such as English A and Principles of Accounts, as well as 6 Grade Twos in subjects such as Mathematics and Geography. Grade One, Grade Two and Grade Three are considered passes, with Grade One being the highest.

“I feel surprised and grateful about my results,” Orville told The Beacon. “I had amazing teachers encouraging me all the way, and I kept reminding myself why I am doing this.”

Orville’s medical complications affected his schooling – as highlighted below:

Orville said his success would not have been possible without tremendous family support – especially from his parents Patricia Hayles and Adolph Mckellop. “My parents say, as long as I love what I am doing, I’ve got their support,” he told The Beacon.

Orville also attributed his success to the unspeakable generosity shown to him over the years by his Jonathan Grant High School family.

Orville said the staff and students went the extra mile to ensure he received notes; they relocated some classrooms to accommodate him; some students even carried him in their arms when his feet could not manage.

Commenting on a preview to this story published yesterday on our Facebook page, one witness to the students’ generosity wrote:

Orville stated that, although he feels appreciated at home and school, he is sometimes made to feel like an alien in the streets.

“Most of the times I feel like a million eyes are staring at me – whether it be people passing in cars, buses, or just walking by. They all stare at me,” he told The Beacon, adding: “When I am walking by myself, I feel like an alien. But, when I am with my friends, I hardly ever notice the people who stare.”

Despite the stares and virtually insurmountable odds, Orville fuelled his burning desire to succeed, and nothing on earth could have stopped him.

“I saw the setbacks as chances to push myself,” he declared, adding that he hopes his story will inspire others to press on.